I now officially believe we have the power to manifest. Yep. It works. How do I know this? Well I’m most certainly not an authority on how to manifest something but what I did was….I thought, I moved, I saw opportunity, I took action. that’s how it worked. Let me break it down….

In my quest to go from survival to thrival, from being stuck, to flowing freely like a well oiled machine, I decided I needed to change my job as I wasn’t growing, I was surrounded by negativity and gloom, and I was struggling to get out of bed in the morning. So, I made a conscious decision to stop moaning to myself and anyone in earshot and actually do something about it. First up I thought about where I could step to from my current job which was working as a roofer on noisy construction sites. I worked out what skills I have and which ones were transferable….So for me the most logical move for me was to get out of the hot sun and into an office where I could plan jobs instead of doing them….. The only problem I had was that it is quite hard to land one of these positions. I’d tried on occasions to make this happen but got knocked back time and again. I couldn’t understand why. I mean I had tonnes of practical experience, and understood how things work in the world of roofing. What I didn’t know, I could easily learn. But I couldn’t convince the potential employers this. Transferable skills and all….

This meant I had to make a few changes in my routine if I was to manifest what I wanted…Instead of getting up at the latest possible moment before risking being being late for work, I started to get up half an hour earlier. I began writing. I want to become a paid writer (and still do) so I started by practising this every morning for months before going to my roofing job. After a short time I started getting up even earlier, in the cold dark heart of winter. I found myself becoming obsessed with time and actually began counting how many minutes I had before I needed to stop and go to work…Rising before the birds was actually becoming enjoyable. I was already getting up at 4.30am and here I was trying to figure out how to make the most out of this time to get the best results….I was getting better at writing….I decided I needed to improve my mental focus so I began to meditate. I like to use guided meditations and there are many great ones available online….You could try insight timer for some great free ones. I’ve noticed that since I have been regularly meditating, I have become calmer and there’s not as much mess in my monkey mind. There’s still a zillion thoughts popping up but they don’t hang around for long and I’m not become attached to them.

By me taking these actions of writing and meditating, I was feeling more open to change and it gave me the motivation to began to look for opportunities… 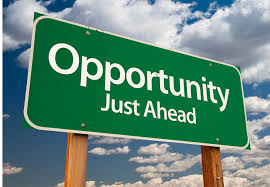 I looked at job boards, I spoke with people, I kept my eyes open….And….after a couple of months an opportunity that was aligned with my thoughts and desire to manifest a new career appeared to me.  I immediately took action and contacted the advertiser and I secured the position. It was perfect as it was only part time and I could do it around work. One thing I must say is that it didn’t offer much money at all and my first thought was to say stuff that, but then I thought about what may stem from it. It was giving me a chance to learn a new skill, for free…So I leapt at it. This was one of the best decisions I have made in my life because soon afterwards a fulltime position doing the same work with a different company appeared and I had the confidence to apply for it. I wasn’t sure if I had the experience yet as I’d only just started the other job, but I went along to the interview, explained how I wanted to change direction and had taken it upon myself to learn the required skills needed for this position…. Something must have resonated with them because 3 days later they rang me back and offered me the job! I was blown away!…I had done it.

My determination allowed me to manifest something that I wanted. I now feel like anything is possible…All it took was to think about what I wanted, take action to set the ball rolling, be open to  opportunity and, take more action. That was it. You can create change too if you put your mind to it and take steps to make it happen.

Give it a try!